Number of players: 7+
Time: 3mins+ per game (depending on players)
Ages: 7+
Materials: 2 water bottles or 2 of any objects (not dangerous objects)
Location: Indoor/Outdoor

This is a fast paced game that requires not much thinking! Lightens the mood and gets a meeting going.

Gamemaster prepares two objects (cushion/ water bottle/ tissue box). Players sit in a circle and an object is given to 2 players. They are preferably sitted 2 to 3 players apart. Gamemaster gives an action for each object and players are to perform them and pass the object to the next player.

The aim of the game is to have two objects chasing after each other. The player who gets both items in his ownership, gets a forefeit! 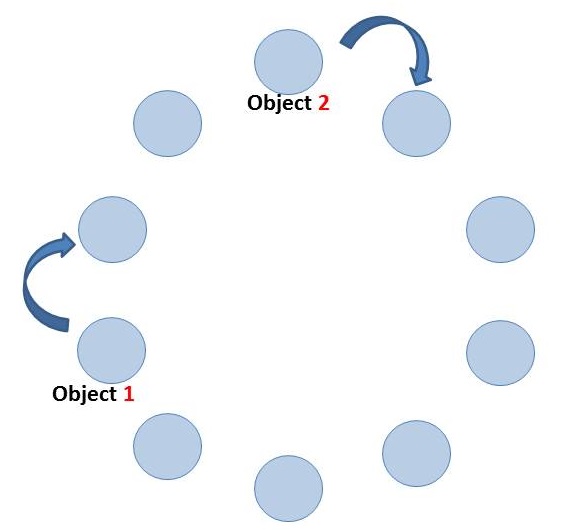 In principle, object 2’s action should be more difficult to perform.